During the last year I've come to find that serendipity seems to be one of the guiding principles of life and, very particularly, my storytelling life. The path has been strewn with many happy accidents - and this, my first blog, is certainly one of them. The happy accident has been the invitation to write something for storyteller and facilitator, Michael Harvey's new website.

If you are thinking of attending a course in storytelling then I can't recommend Bleddfa highly enough. You can find further information on Michael's website

Storytelling is simple, right? You have a story – you tell it. Wrong! Because first you need a story. My first afternoon at Bleddfa I didn’t have one. All we’d been asked for was a small personal story – but though I racked my brain, nothing came. Eventually I managed to draw on some memory but the process felt false. I felt like a fraud. I owned failure. Later, lying in my tent, listening to the owls screech, I wanted to curl up into a ball and let the earth swallow me whole.

Today, I treasure that memory because it represents the first steps I took on a path that I didn’t even know I was looking for. Seven years later and the journey which began at Bleddfa with Michael & Hazel and my fellow participants in the week long storytelling course has, quite literally, changed my life. I’ve been to some fantastic places, worked with many wonderful and amazing people and in the last year quit teaching to walk the path full-time.

I’ve been back too, spending an intense & fruitful weekend on the advanced course at Bleddfa & am currently involved in Tell Yours, a project with 8 other tellers from the margins exploring the themes of hospitality and otherness.

Of course, it’s not all been plain sailing. Along the way, I’ve had more than my fair share of swallow me whole feelings. But now when those feelings come – the last only recently - and I again own failure, I draw on the memory of that night in the orchard at Bleddfa, and know that it is just another step on the path and in the failure lies an opportunity.

It is said that storytelling is the oldest art form – that ever since humans first lit a fire they have told stories. Stories are how we make sense of our lives and ourselves over time.

My own experience began with the desire to stand up in front of an audience and perform a story. I found the prospect terrifying but felt compelled to try. I went to Bleddfa, for a week long course with Michael on a course and discovered the power of visualisation – that if you see it, the audience will too. It worked, feedback was positive and I continued to explore.

Telling more myself, listening and watching others I came to see that there was more to it than visualisation - the story does happen in the imagination of the listener but is also the creation of both teller and audience and happens somewhere in the space between them. Good tellers are always themselves on stage, allowing their personality to be seen, connecting with the audience, yet everything they say, do or be serves the story.

Lately, I have come to see that in really effective performance storytelling the physicality of the teller seems to be a key ingredient – out of stance comes not only power but also spontaneity and integrity. However, no matter the techniques or theories employed, I think the art lies in getting out of the way and letting the story be told. 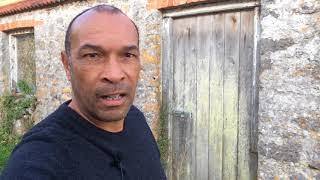